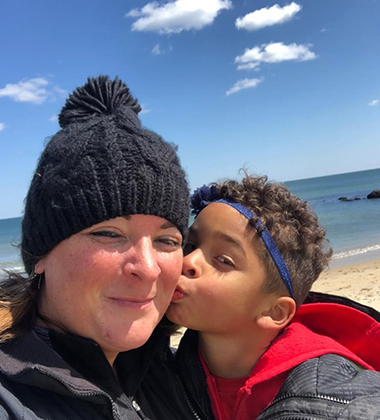 It’s always darkest before the Dawn. Until then some of us are blessed & fortunate enough to have a guiding light. A

Star of our own to carry us through. We are seldom promised much in this crazy world, and even less with these

than not a last-ditch effort between, foreclosure, a deficiency judgment, bankruptcy & homelessness. Sure he takes

on all willing to accept him, but who cleans up the mess left in Chuck Daddy’s aftermath?

Behind every great man there is a strong woman. Unfortunately, that woman is usually not his wife. Often not given

can make in this business and any other that involves the need for good credit.

Allow us to introduce you to our very own Star Marion. Sure Everybody’s story is a roller coaster ride of ups and

downs, But Star’s life comes with a sign that says “you must be at least this big to ride!” and the need for speed!

A sport bike racing single mother who still dreams of being a fighter pilot. Loves teaching young children, and shares

her a heart of gold & a genuine drive to make a difference in the lives of others with everyone.

****Star lived that dream through working as a rape crisis counselor while earning a degree in education. And

continued along the path, teaching children with autism at Center For Spectrum Service. To this day she still regards

this the most rewarding experience of my career, the dream of creating something of my own kept me searching for

other ways to make a good living and make an impact at the same time.

Eventually Star stumbled across real estate through the Fortune Builders program, how ever unlike most Fortune

Builders victims……. stars relentless drive carried her through! She saw it as a great opportunity to push her life

forward and to move closer to achieving the much larger goal of financial freedom. Ecstatic about having completed

What happened to distressed sellers after the sale?

How did they rebuild?

And who was there to help them?

In 2014 (date) one of Star’s greatest aspirations was realized. After Having achieved so much she, she still felt un

fulfilled & desperately wanted  to be a Mother...but after trying for several years with so much loss heartbreak and

disappointment(6 miscarriages and a stillborn), our own indestructible girl was finally blessed with a son! Giovani

moment in time. But she didn’t spend long in carefree maternal bliss before an uneasy feeling began to consume

her, was happening with her perfect little baby boy. And before she knew it the world came crashing down around

After the first of what would soon become regular visits to: neurologists, specialists & a cavalcade of hospitals stays,

an unimaginable fear was confirmed. Her gift, what she loved more than anything one earth, her 3 moth old son

As her little angle grew the weekly doctor visits increased to daily and then several in a day. Combined with a packed

schedule of therapies keeping her close to home & always in the presents of her son, it seemed her others dreams

would have to wait on the back burner for a wile. A Star continued the relentless and at times fruitless search for a

way to not just manage but improve Her son Gio’s condition.

“It was (date), when at age 3, I accepted a and came to terms with a course of action that no mother wants to see her

child suffer through. Brain surgery became my son’s only hope. My heart sank as I knew the Dr. explained the

possibilities. My son and I had to embrace and accept and manage even grater risk for the ultimate reward. A

relatively normal life. And I thank god every day for giving us the strength to push through. No matter what your

going through, keep it in perspective. And if the reward out weighs the risk, GO FOR IT! There is a light at the and of

After surgery Star spent 4 months in the hospital around the clock nursing Giovanni back to health, with the most

incredible team of doctors, nurses, specialists and therapists. Gio has since made a full recovery and is living better

than ever expected. To this day even Giovanni’s team of Dr’s regard his progress as a miracle.

With a New lease on both her own life and her son’s life. Star gained a new perspective. Realizing each and every

day just how precious life is and what a gift she’s been given. Rather than falling from the heavens, she chose to

burn brighter than ever before & as our Credit Restoration Team Leader. Each and every one of us feels lucky to

have her backing us up every day.

things. Little did she know Chuck Daddy would soon have her swing for the fences!

“I remember it like it was yesterday, this girl knew her shit! she knew way to much to have been one of these fake it

till you make it bullshit artists that hang around every networking event. She had real world experience. There was

way to much detail for any of her transactions to be fabricated, and the next morning my bounty hunter & private eye

confirmed my hunch, she was the real deal. She had that fire and that look in her eye. She was either fucking

crazy as hell or driven! Either way I wanted her as part of my life. I just wasn’t sure what to do with her yet. Plus her

legal name was Star…. she was either going to make it big or I’d have to insist she have her name changed!”

Later that night Star & Chuck got to talking, there was common ground. They both had a child with special needs.

She asked him for his Tattoo artist, got some work done that night, then cowboy’d up and quit her job as a head

teacher the next day! Ok maybe she is a little crazy? Or maybe……. Just maybe, that’s what it takes to make it in

this world, coupled with a relentless drive succeed & strength that’s been cultivated through unimaginable suffering

After a brief stent as Chucks assistant it was clear to him. Much like you can’t make a whore into a house wife, you

cant make a boss into your bitch. And this fine young woman had the fearless characteristics of a leader.

that the clouds began to part & his little star began to sparkle, just a little at first, then it grew brighter and brighter as

and draw out there inner most desires. It wouldn’t long till his little Star became a Super Nova!

“I knew it was there, so deep inside of her, she could feel it and so could I. And it was my job to pull it out. I’m

actually ashamed it took me so long, but it was where no man had gone before….. her heart. We both came to the

realization as the sun went down on a long day, She didn’t need my help, I needed hers! She was a teacher and a

leader. And deep down she finally wanted to be in a position where she didn’t have to rely on a man for anything.

She wanted her independents. But no man is an island. And if you show me a self made man, or woman, I’ll show

you someone who didn’t make it with out the help of others. After all team work makes the dream work & if you love

something let it go, right? So, from a place of love we concocted a plan, & I fired her!”

Which brings us to today, star heads Salvation Credit Reversal under the guidance of Chuck & His long time mentor in

the business of Credit reversal and restoration William Moore. Improve peoples lives by improving their credit

score... inspired by the opportunity, Star has become a greater service to others than she ever dreamed through her

first love, education! By helping those in similar situations as she and many of us have faced in the passed, when

life happens and your credit suffers.

Wish there was something you could do about it?

How I want to buy a car

How I wish I could buy a car.