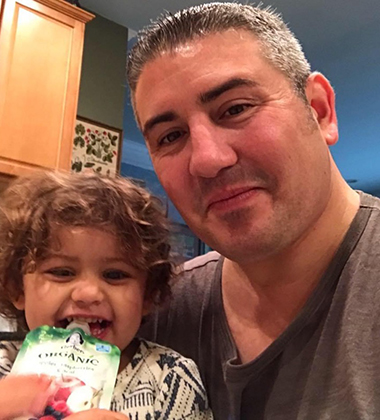 With a degree from the University of Delaware in accounting, and partying hard Pete Polombo, was a

practically a pedigree for floor of the New York Mercantile Exchange and pits of screaming brokers.

Getting his feet wet by clerking and taking orders first hand form the largest floor traders on Wall Street.

Pete learned how the financial markets work from the inside out, right in the heart of Wall Street. It was

an invaluable experience that he takes with him everywhere he goes. After several years working on the

After trading equites for several years, Pete later transitioned into the brokerage side of the business as

and community that brought hedge funds and accredited investors together. Once fully launched,

for his next venture.

into the real estate sector. Several colleague’s from Pete’s days of securities brokerage started a

mortgage company and Pete was convinced to test the waters of the mortgage business. After years

into successfully writing mortgages full time another opportunity presented itself. It was 2008 and the

on a grand scale. With the advent of the short to the real estate market a new opportunity in real estate

investing was born and so was Official 911 Foreclosure LLC which was formed by Bart Vallaro, one of

Chuck’s former students, whom Pete partnered up with to profit from the many opportunities that this

market offered to those willing to put in the work. But first Bart insisted Pete sit through one of chucks

Turning Houses Classes, reluctant at first, Pete was blown away by the end and still amazed how the

Official 911 Foreclosure used the Turning Houses binder as a day to day reference to run the business.

for five profitable years Bart, myself and a number of employees closed numerous short sales and

thrived in this profitable real estate landscape. All the while unbeknownst to Pete, Chuck was

consulting behind the scenes.

“Bart always told me, if I needed someone good with money and someone I could trust, Pete Polombo is

your guy. The old retired cop &amp; short sale juggernaut used to affectionately refer to Pete as his

consigliere. Telling me I’d trust Pete with my life. It was to my amazement, that when I was looking for

an assistant through a social medial ad on Facebook, Bart called me up out of the blue and said, I got

something better! Pete is like an operations guy and he can help idiots like you and me you raise money

&amp; keep your life and business organized. Then, with out asking, Bart told me, Pete is coming to work

with you! I’d consider it a favor and I’m doing you a favor, for all you’ve done for me, thank you. How

could I say no? And then Bart paid for him for the first few weeks. I instantly felt comfortable, after all I

helped train Pete, I knew he was the best of the best Official 911 Foreclosure had to offer and I was

quietly looking over his shoulder through 5 years of real estate transactions.”

retire, and Pete stumbled upon a hand car wash (Elite Car Salon) in Englewood NJ which would be the

next chapter in his life. After building Elite Car Salon to a thriving retail business and cleaning vehicles

for approximately ten dealerships which among them were Benzel Busch Mercedes, Town Audi, Lexus of

attractive cleaning contracts. As we had reached our capacity Pete and his partners decided to sell the

2014 They sold the business. Shortly after this Pete transitioned into auto sales at Jack Daniels Audi of

Upper Saddle River. At Jack Daniel’s Audi, Pete, a true car guy thrived in sales and after a few months

became one of the top salesman for the company, consistently selling in the top 3 out of anywhere from

15 to 20 salesman month for length of his employment.

After almost 4 years in automotive sales Pete reconnected with an old friend, Chuck Kohout and turned

my attention back into the short sale and real estate investment space and so it began again. Pete came

specialist in the North East. Being a part of this talented and complete team of specialists in the short

sale space has opened up a treasure trove of opportunity in the greater NY metropolitan area.

Truth be told, Pete is a laid back loyal, highly intelligent money motivated loving single father, who is

trusted as both a traded and friend to some of New Jerseys top lawyers, hedge fund people and

professionals. It’s both an honor and a privilege to have him as he helps grow organize and expand our

business in ways we’ve only dreamed.